Think back: the year is 2002, you’re watching Sex and the City, and Carrie’s shiny gold nameplate is the one thing you can’t take your eyes off. A constant staple within her fearless styling, the script pendant became iconic and known simply as the ‘Carrie Necklace’. So, in honour of our brand-new plate pendants, we’re taking a look back at the history of the legendary piece – and why it became so popular. 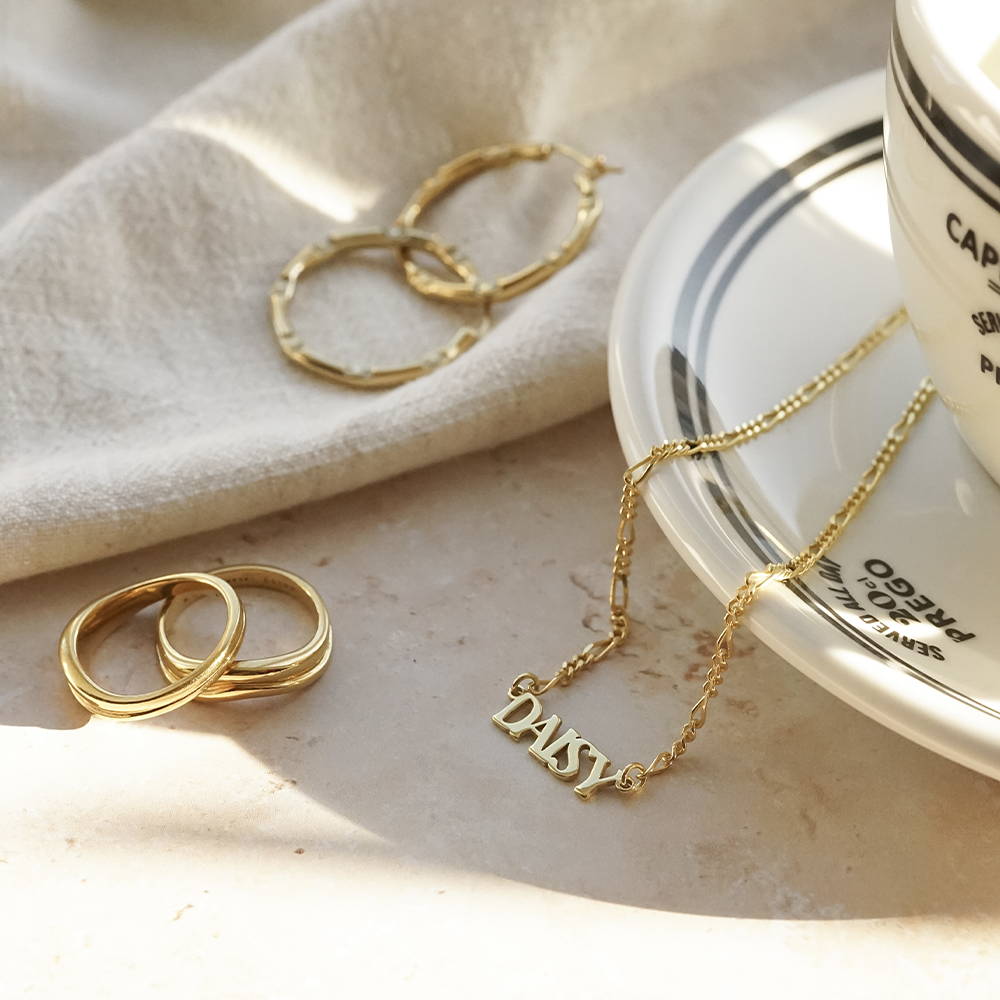 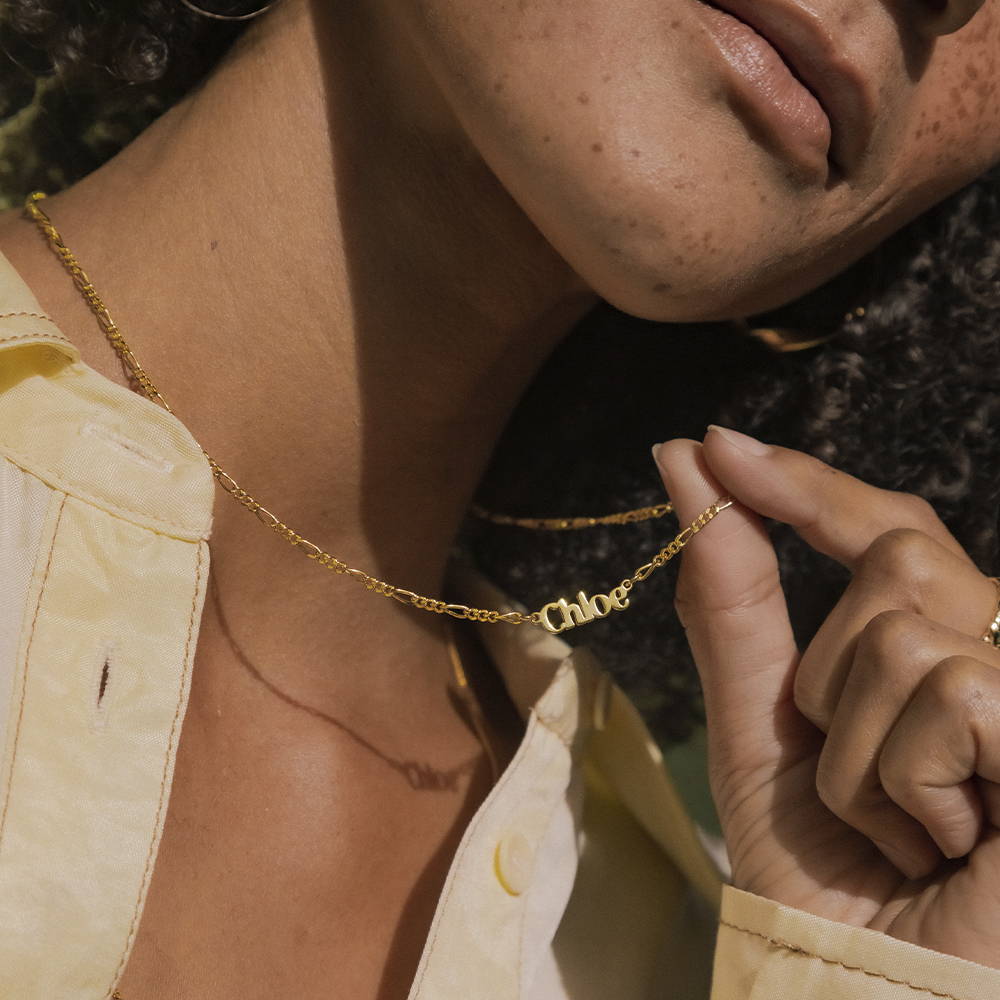 Unsurprisingly, the ‘Name Necklace’ doesn’t have its roots in Bradshaw’s jewellery box. From its earliest iteration used in the BC years, to its first entry into pop culture, the nameplate has a rich and colourful history.

Personalised jewellery was recorded as early as in ancient Egyptian times. Pharaohs would use rings engraved with symbols in a similar way to nameplates - to represent their identities. This style of ring, now known as ‘signet ’, are still worn today and, while they’ve become more of a fashion statement in recent years, it is still tradition to pass family crest-engraved rings down through the male bloodline.

Moving through to slightly more recent times, we find Victorian women who wore brooches engraved with their names. And within Jewish tradition in the Victorian era, women wore pendants that read ‘Mizpah’ to signify their separation from a loved one. 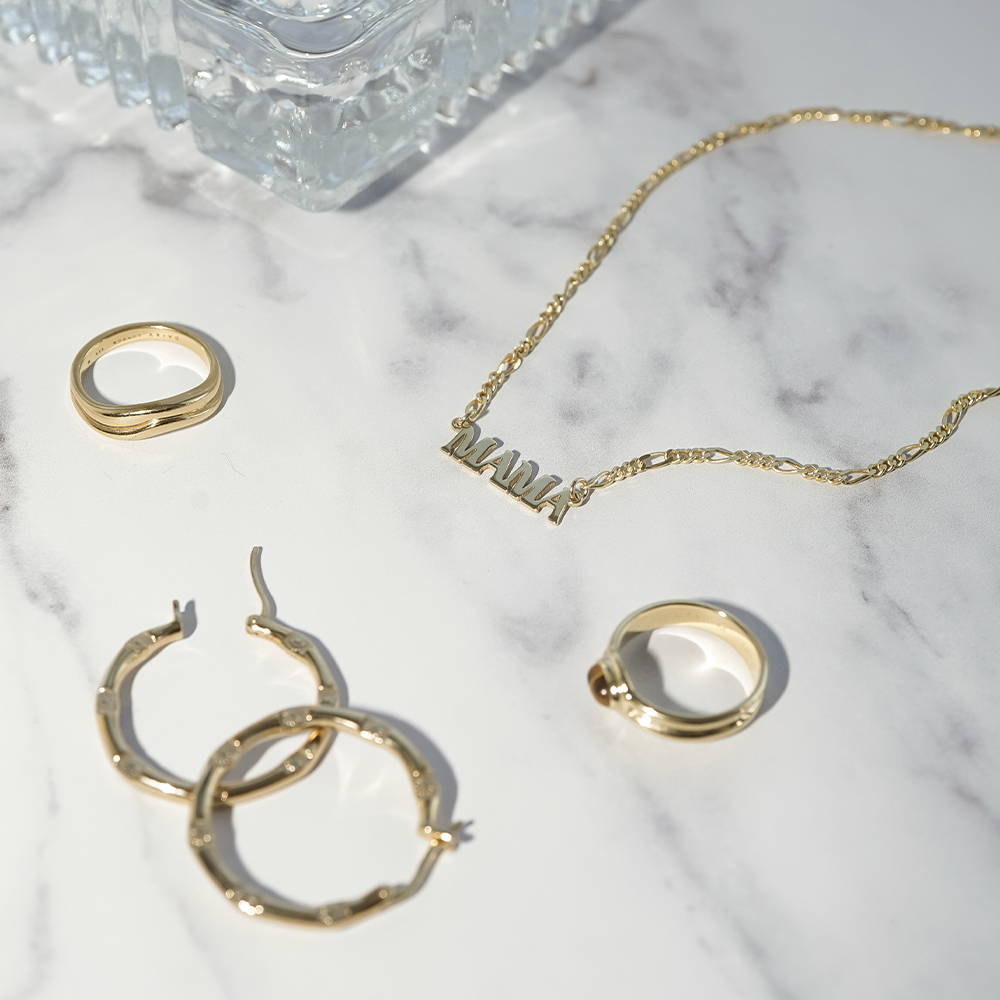 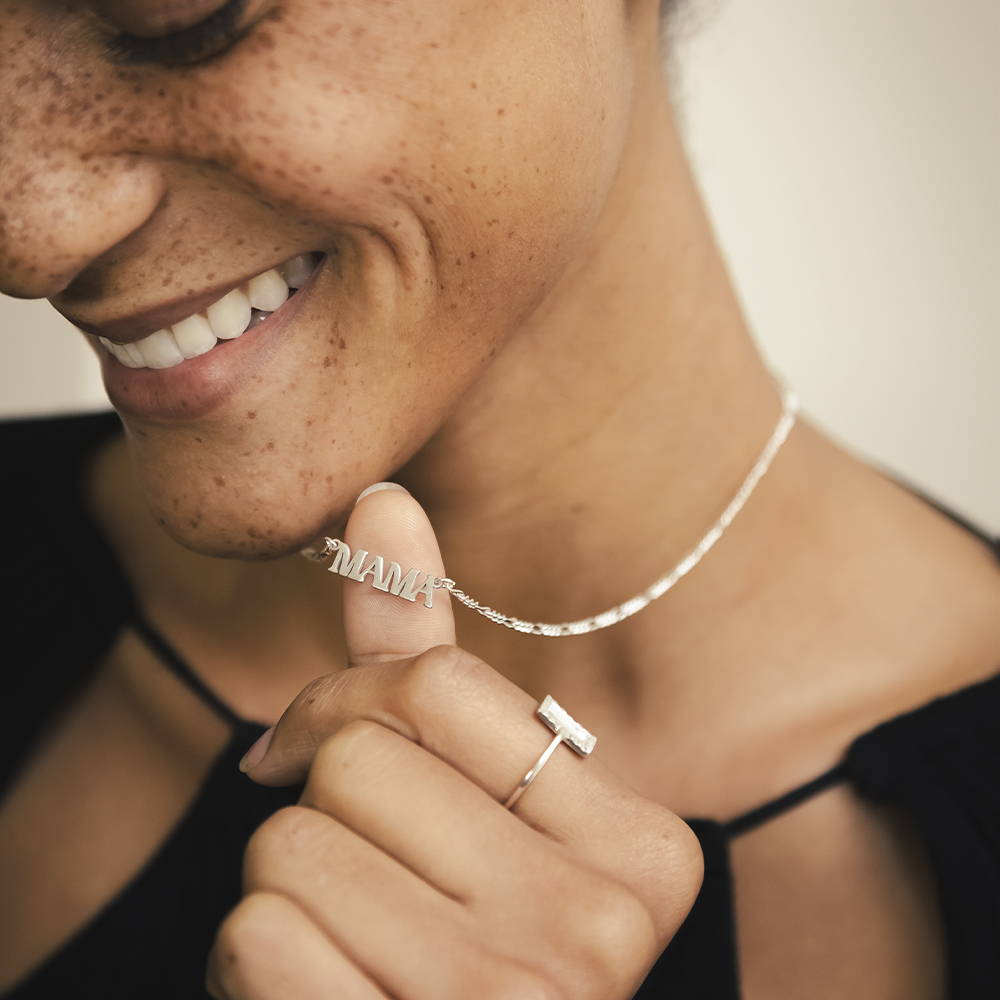 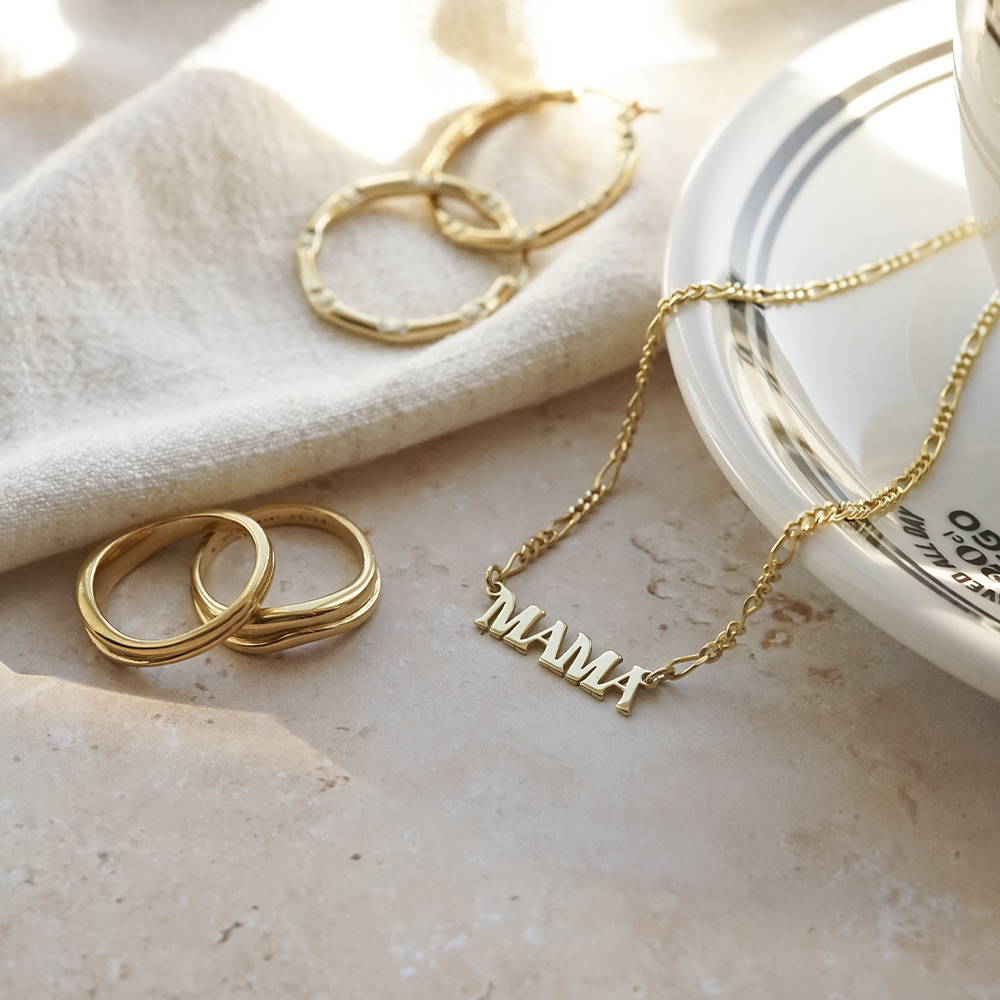 The nameplate’s big break wasn’t until much later, though. It first entered pop culture in the late 21st century, with the rise of New York’s hip hop scene. Jewellery was a huge part of the style, and no amount of bling was too much - from bejewelled pinkie rings to oversized gold medallions. It was a signifier of success for an in-crowd, but only started to pick up traction when Yo MTV Raps launched in 1988. The show broadcasted new music, art and style across America - and the street style of urban New York youths soon became something that everyone wanted a piece of.

One of the major pieces that made it out of the scene was the nameplate necklace that we know today. For young women of colour and ethnic minorities in the States, it was a particularly important piece of jewellery. It gave the chance to tell a story about their life and family history when they had so often been pushed aside by society. The nameplate allowed them to express their individuality on their chest, unapologetically.

Now, circling back to the ‘90s when the Carrie Bradshaw took the name necklace to prime-time TV. It soon became commercialised and a favourite of stars including Beyoncé, Rihanna, and J-Lo.

Although their presence in pop culture has remained strong, today it tends to be considered a ‘90s-inspired throwback piece. On Euphoria, an American show that recently captured hearts of youths across the world, it girl Maddy Perez sported a nameplate as part of her iconic vintage ‘fits. The piece, courtesy of BP, sold out immediately.

So, wear your nameplate proud and celebrate what your mother gave you. It’s not only a pretty piece, but a symbol of tradition, empowerment, and rich history. Shop our personalised name plates at Daisy Jewellery.

Jewellery Of The Sea | The History Of The Pearl

What to Pack For An Autumn City Break

These Are The Autumn Jewellery Trends To Invest In

Get On Board With the Green Jewellery Trend

An Afternoon With Daisy

5 Nail Trends to Spice Up Your Seasonal Fits

Beloved | Behind The Scenes

Introducing Beloved | For The Big Day And The Everyday

What To Wear To A Summer Wedding

A Daisy Guide To 72 Hours In Marrakech

The Perfect Gift For Mother’s Day

Top IWD Events For Your Diary

What The Daisy Team Are Reading

Lingerie To LOVE With Dora Larson